In the world of primers it’s refreshing to encounter a non-silicon primer that works.  Traditional primers need silicon as an active ingredient in order to smooth out pores and fine lines.  Too Faced Hangover Rx is a a hydrating primer which claims to moisturize, brighten and diminished the appearance of pores. 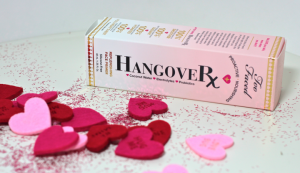 The primer has a mild coconut scent which dissipates rather quickly.  So if this happens to be a scent you do not care for; it won’t stay on for long.  The primer itself is a white lotion that applies clear.  This is a great primer alternative for someone who does not need a “heavy duty” primer.  Unlike silicon based primers this will not provide an instant smoothing effect.

It does however, prolong foundation and improve one’s overall appearance.  I would say this primer leans more on on the side of a moisturizer, while providing added benefits.  Rather than a silicon primer, this primer does not act as a synthetic filler which sits on top of the skin.  Instead, this primer acts as a moisturizer, quenching dehydrated skin while  improving the appearance of one’s pores and the foundation’s longevity.

With that being said, people who have larger pores would still need to apply a synthetic filler like the benefit porefessional. 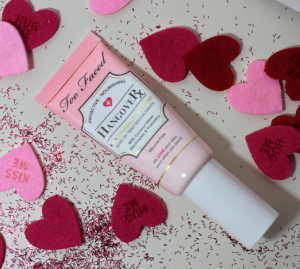 Overall, I am satisfied with the packaging seeing as it conveniently prevents you from over using the product.  Unlike a pot the, pump promotes a hygienic application.

So in my books, Too Faced did an amazing job in adding a pump! 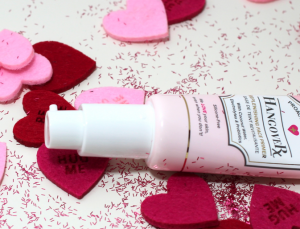 Have you tried the Too Faced Hangover Rx Primer?

What are your thoughts?