With Valentine’s Day upon us, let’s talk about grooming.   Whether we’d like to get our eyebrows waxed, upper lip waxed or nails done; come Valentine’s Day, everyone would like to look their best.  With that being said, grooming as a woman adds up.

I have found waxing at home to be the best to cut down on costs. (This is to say – waxing is your weapon of choice).  Personally, I only wax areas I know I cannot mess up, ie: legs, upper lip and armpits. 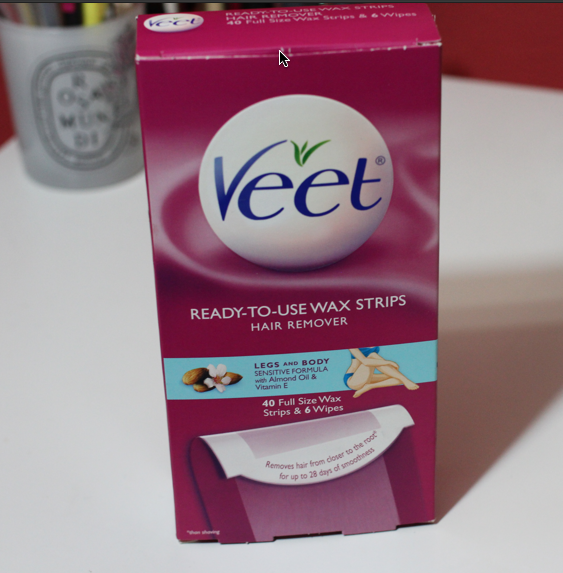 I have used at-home kits before.  This is however, the first time trying Veet’s Ready-to-use-wax-strips. 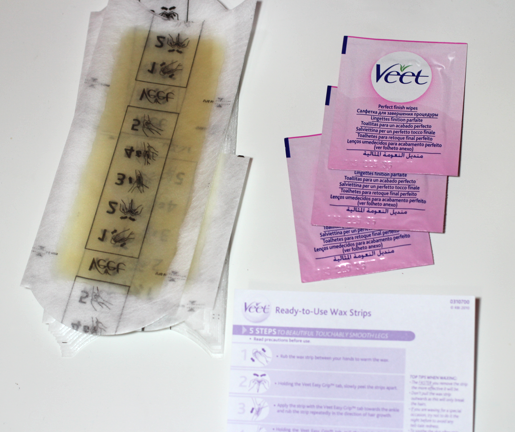 Overall, I was very disappointed with these strips.  I found the wax far too sticky and messy.  I would much rather use the Sally Hansen strips.  Upon swiftly pulling at the strip, I was greatly disappointed that it did not remove my hair.  Instead, the wax remained entangled in my hair.  Unlike other waxes, this one did not solidify/dry on the strip, instead its consistency remained the same throughout the entire process.

Have you tried these before?  Did they work for you?